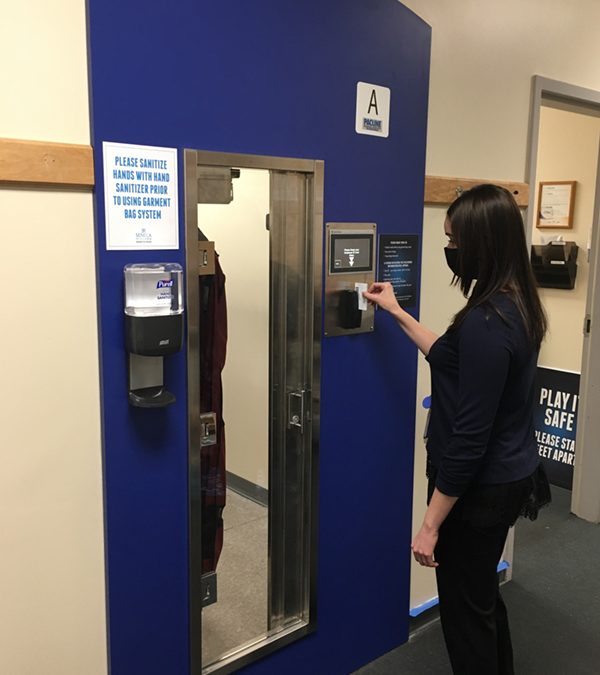 Seneca Casinos contacted Pacline for a new Automated Uniform Distribution System (AUDS) to handle their staffs’ uniform storage and retrieval. Seneca already had a uniform conveyor system in place, but it was old, breaking down, and the operating system was out-of-date. Therefore, a complete replacement was the best solution.

The old uniform system was failing, and the operating software was running on Windows 95. Whenever staff wanted to take out their uniforms, a locking mechanism would often fail and would have to be manually repaired.

Seneca needed to update the computer’s operating software, but the original system’s manufacturer would not replace just the computer system or update the software. Seneca was told they had to replace the entire conveyor system. At that point, they started to research alternate equipment and contacted Pacline for a solution.

The PAC-LINE™ overhead conveyor is an enclosed track that increases the conveyor’s cleanliness and safety, one of Seneca’s leading causes of concern. The Pacline conveyor chain and other moving parts are enclosed or otherwise protected from accidental contact by employees. The new control system operates using a Microsoft SQL database and Windows 10 operating software. 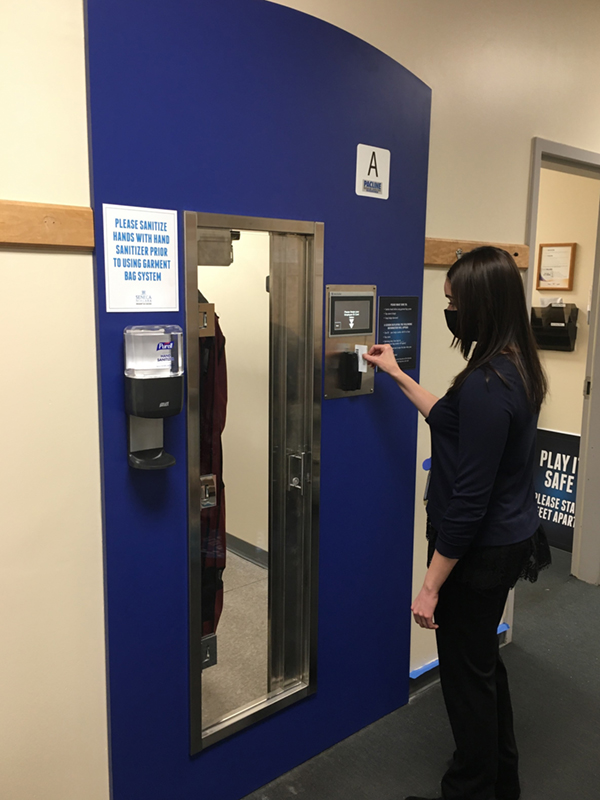 Seneca was thrilled with the installation and function of the new Automated Uniform Distribution System. Pacline increased the safety and cleanliness of the system. With the upgraded modular design, Seneca has the option for future expansion as their business grows.

All in all, employees were happy with the reliability of the Pacline sytsem and enjoy using the new software. The maintenance staff no longer need to be on standby to deal with breakdowns or safety issues, and employees can retrieve uniforms on their own.