This type of conveyor gets its name from where it is normally found in a plant, factory or warehouse – overhead.  Overhead conveyors utilize the open space above machines and people, which quite often is unused space.

Each powered overhead conveyor consists of:

Synchronous Conveyor – it all moves together

The term synchronous is often used to describe what type of overhead conveyor system it is. The term means that all loads on the conveyor will move at the same harmonized pace, because the chain that carries them is continuous. For example: start the conveyor and all start, stop it and all stop.

The desired load being carried will be held with some sort of fixture, be it a simple or more complex carrier with many moving parts to lock in the load, allow the operators to swivel it, etc.  These must be designed to move up and down along the track without problems.

The overhead conveyor can carry loads that are often considered to be non-conveyable on most conveyors due to their shape.  The overhead conveyor is traditionally used in painting systems, where product cannot be handled by humans or there will be a paint defect.  It can carry the loads through harsh environments like caustic washers, spray or paint application booths, and very hot drying and baking ovens without much effect on itself.

The other overhead conveyor advantage is the ease of use.  Most powered overhead conveyors have only 1 motor and can still power 700-800 feet of conveyor.  It will consume less energy than a typical hair dryer; making it a somewhat more environmentally friendly option for your warehouse space and at the same time saves you money. For more detailed information check out this video on overhead conveyor basics.

What is an Enclosed Track Overhead Conveyor?

The mechanism is quite simple – we have a chain consisting of bearings and links, which is pulled through a track.  This overhead conveyor is specifically called an enclosed track overhead conveyor because the chain is almost completely covered by the track.  This is an important safety feature because it is safer for operators to use and less likely to become contaminated with dirt, dust, paint and other particles.  There are open style conveyors available but are these styles are less appealing.
Published Originally on Warehouseiq.com

Find out more information below about some of Pacline’s conveyor product lines and the different types of solutions they can be designed for. 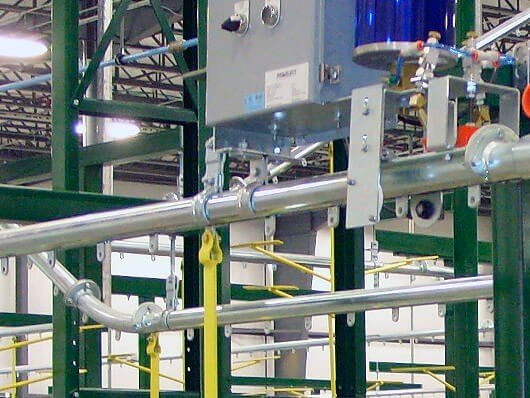 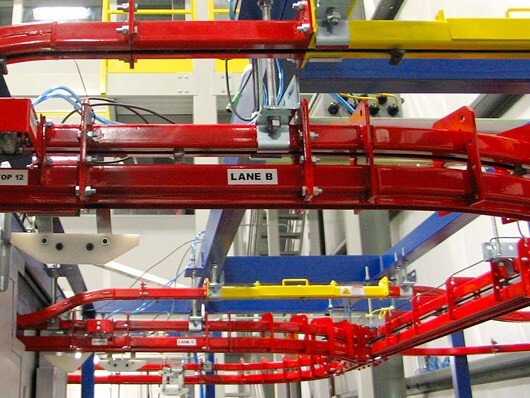 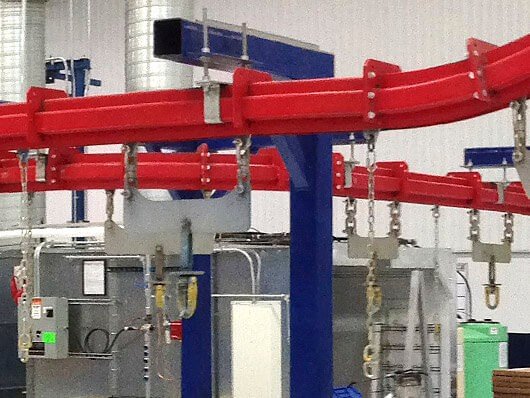 The PAC-MAX™ is a heavy-duty enclosed track conveyor that features a unique cross “+” shaped track for exceptional load stability. 220 lbs. per trolley. 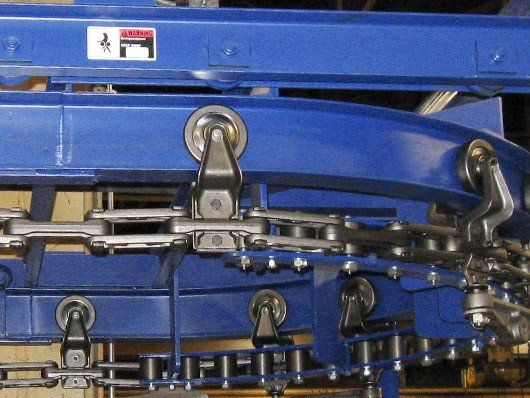