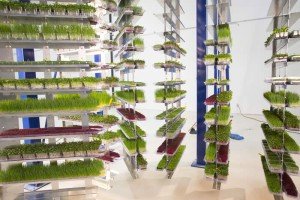 PACLINE provides the backbone for URBAN PRODUCE’s patented High Density Vertical Growing System Urban Produce, LLC in Irvine, California is opening its first patented “en motion” High Density Vertical Growing System (HDVGS) this week. They will begin growing USDA organic leafy greens and later expand to growing all types of LIVE and CUT produce. The Urban Produce system is an alternative to traditional agricultural farming. Their patented system uses advanced hydroponic technology in a completely controlled and automated environment that allows them to increase efficiency and significantly reduce farming costs. In addition, the produce grown by Urban Produce will give consumers a product that is fresher and of a higher nutritional value than products grown traditionally.

The Conveyor System for Urban Produce 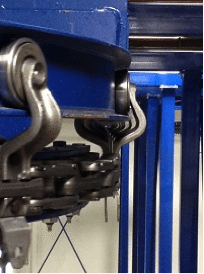 When it came to choosing the hardware to support and automate the HDVGS, Urban Produce was looking for a system capable of transporting the maximum number of growing trays and plant material within the space of approximately 1/8 of an acre. Utilizing this very limited footprint meant that maximizing the use of the vertical space was key. PACLINE was contacted to provide their recommendation on an overhead conveyor that was economical yet robust – highly durable and safe. There were added safety issues that had to be addressed for this system as it was being installed in the state of California where very strict seismic regulations must be adhered to for any building and construction project.

The conveyor system design had to take into consideration the specific process criteria of the Urban Produce HDVGS, including carrier sizes, product weight and the floor space or footprint limitations. There were added safety issues that had to be addressed for this system as it was being installed in the state of California where very strict seismic regulations must be adhered to for any building and construction project. The final system designed for Urban Produce utilized the PAC-BEAM™, I-BEAM overhead conveyor. This I-Beam system was easily able to support the height and weight requirements:

All supports were floor mounted and fabricated specifically to adhere to the rigid seismic regulations and inspection requirements in California. Urban Produce staff with the PACLINE installation team.

For more information about Pacline Overhead Conveyors visit www.pacline.com or speak to an engineer directly by calling us at 1-800-955-8860. 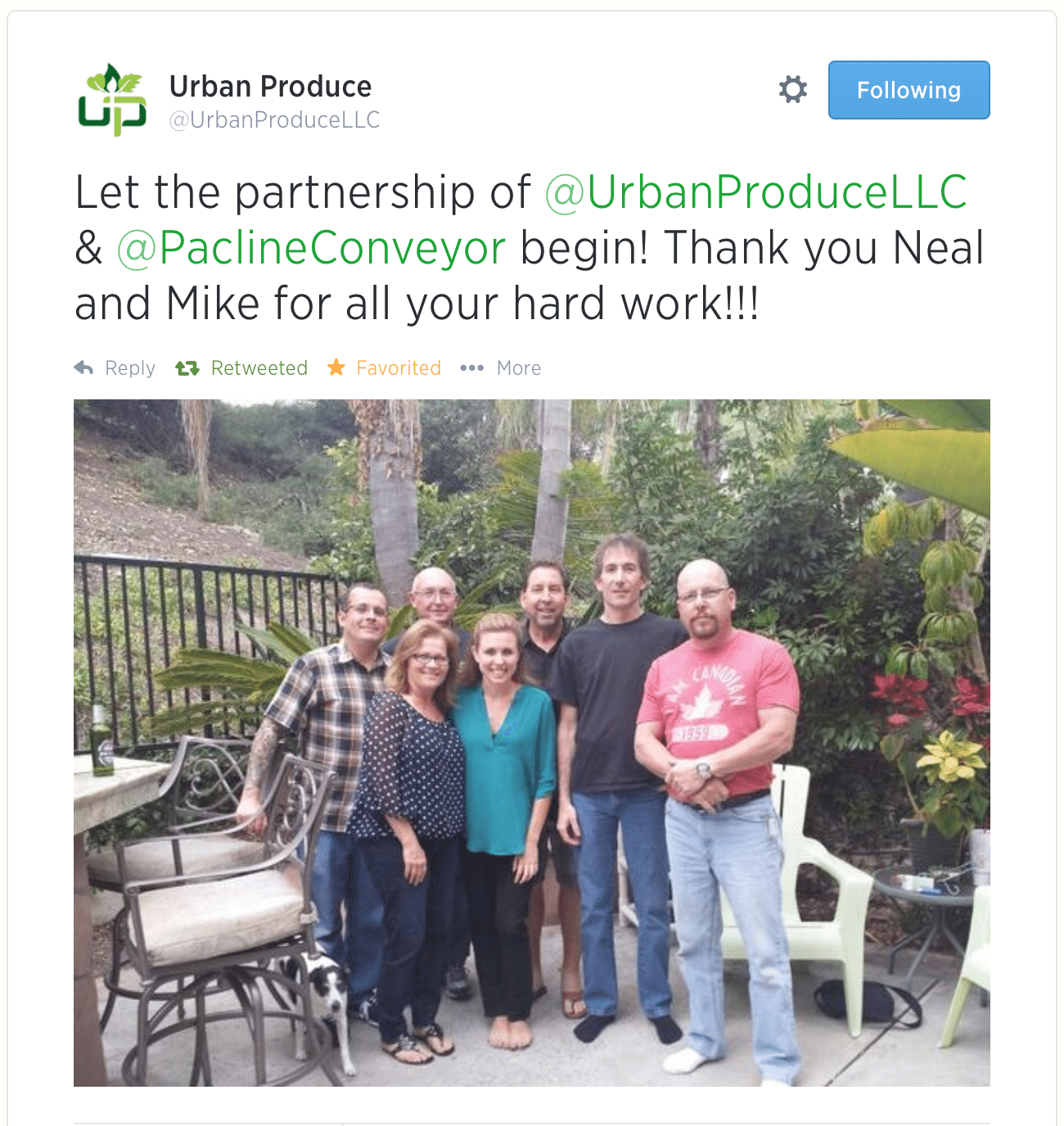